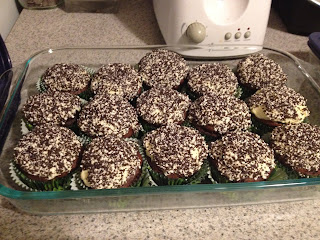 I began experimenting with cupcakes earlier this year, and I have been getting very enthusiastic responses from friends and family who have tried them. Because of this, I have decided to share my little secret with everyone! Some people might keep their secrets to themselves. However, I would rather share it with the world, so everyone can enjoy something delicious. :)

Really, it is. Instead of putting the required amount of water into the cake mix, I substitute the water for some kind of beer or hard cider.

Now, an important thing to note about doing this is that not just any kind of beer or hard cider will work. Sometimes you have to experiment with a couple different kinds until you find one that turns that regular old cake mix into something extraordinary.

Winning Matches of Cake Mix/Beer:
Coffee-flavored beers (not just stouts. They HAVE to have a strong coffee flavor) work very well in Pillsbury Devil’s Food cake mix. With this mixture, I usually pair it with a white buttercream frosting.

Hard Cider works very well with Pillsbury Classic White cake mix. The flavor is very slight, so I have learned that adding about a tablespoon or so of cinnamon to the mixture enhances the flavor of the cupcake. 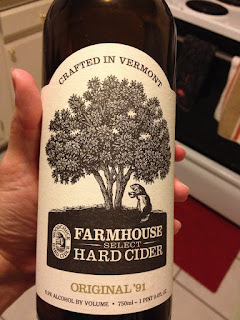 One of the hard ciders I have used
Why Beer or Hard Cider Make Such a Difference:
As much as I love nerdy things, I am not a scientist, so I cannot specifically say what causes the beer or hard cider to make the cupcake mix so much better. From an everyday person’s perspective, however, I have observed the following:

So, there you have it – the secret to my success with cupcake making.

The only other thing that might help you make the cupcakes even better is getting a little creative with the decoration of the cupcake. For instance, look at the liners you are using for the cupcakes. Are they boring and drab, or are they bright and fun? 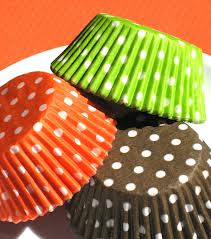 Also, don’t just slap the frosting on top! Smooth it on. Decorate it with sprinkles at least. If you are a little more creative, try making animal faces on them. Owl and Cat faces are soooo easy to make, and they look awesome!

Most importantly, have fun! If you mess up, don’t stress. Pillsbury cake mix is cheap, so you won’t break the bank by trying again or experimenting with new beers or ciders.

Happy Cupcake Baking!!
Posted by Erin at 9:53 AM