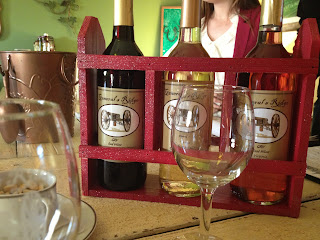 Because Dan and I cannot visit just one vineyard in a day, after we left Ingleside Vineyards, we headed a little further south to General’s Ridge Vineyard and Winery. This cozy winery is hidden down a picturesque back road.

General’s Ridge got its start about ten years ago when the owners, Major General Richard Philips and his wife Linda, purchased almost 100 acres in Westmoreland County. Through lots of hard work, they planted grape vines and renovated the old farm buildings, turning the property into a breathtaking escape. 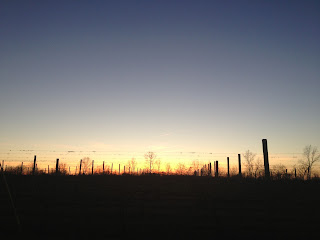 One unique feature of General’s Ridge is that in addition to trying their wine, guests are invited to extend their visit by staying in a guest room at the 1800s Manor House or the spacious two-bedroom cottage. With the addition of two event rooms, the Vines Room and the Carriage House, General’s ridge is a great location for a combination wedding and honeymoon! 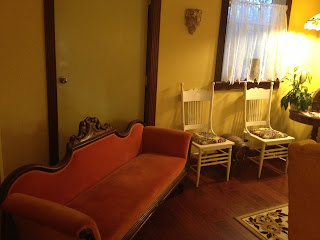 I loved the decor of the tasting room lounge
While 75% of General’s Ridge grapes are sold to other wineries, the vineyard still produces eight of its own wines, including whites, reds, a rose, and a dessert wine. Among Dan and I’s favorites were the GRV red, GRV white, and the Petit Verdot.

We had a wonderful visit to General’s Ridge, and on our next visit, I hope to plan a two-day trip so we can stay in one of the inviting guest rooms. :) 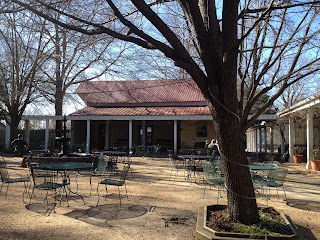 This month Dan and I were able to visit our first vineyards on Virginia’s Northern Neck Wine Trial! The first stop on our list was Ingleside Plantation Vineyards, where we were meeting a group of wine bloggers from the Virginia Wine Mafia. 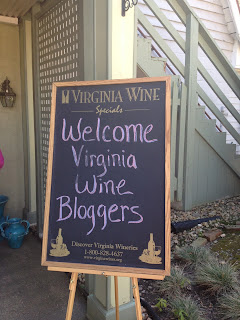 Enjoying one of the first warm, sunny days of spring, we made our way into the tasting room to meet our host, Chris Flemer. He started our winery tour by telling us about Inglesides’s history.

Starting out as a dairy plantation and changing into to a sprawling plant nursery, Ingleside planted its first vines in the 60s and 70s (some of which are still there today). By the 1980s, the Flemer family was releasing its first wines to the public. Today, Ingleside has 50 acres of vines and 20 different wines, making it one of the largest and oldest wine producers in Virginia. 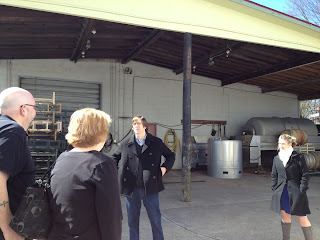 The entire wine production process is done on property at Ingleside. Grapes are harvested by hand, so they can be picked when they are at their best quality. Most fermentation is done in the large stainless steel tanks that have dimpled metal exteriors to keep the temperature regulated. 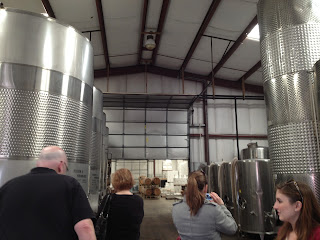 After fermentation, red wines are placed into different sized wooden barrels. The size of the barrel is decided on by how strong of a wood flavor is desired for the wine. The smaller the barrel, the stronger the wood flavor. One new detail I learned during our wine room tour was that the lettering you see on the sides of barrels signifies the level at which the barrel was toasted. 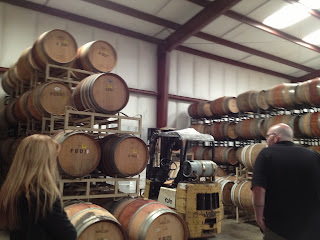 Finally, all the wines are bottled on site using a bottling machine that can bottle up to 1200 bottles a day! 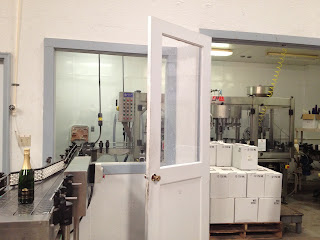 At the end of our tour, the Ingleside team brought us into the barrel room for a tasting of ten of their wines. The barrel room was spacious and subtly lit to give it a warm, friendly atmosphere. 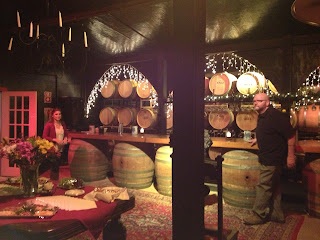 Our wine tasting included the following wines: Pinot Grigio 2012 (just released), Albarino 2012 (being released in late spring 2013), Sangiovese 2009 (pairs great with homemade spaghetti!), Merlot 2007 (one of the few merlots I can get Dan to drink. LOL), Cab Sauv Reserve 2007, Virginia Gold 2007, Petit Verdot 2009, Petit Verdot 2007, Petit Verdot 2005, and Virginia Brut N.V (a sparkling Chardonnay that is made by hand in the traditional Methode Champenois style). 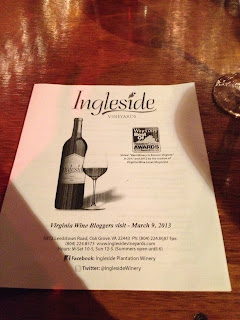 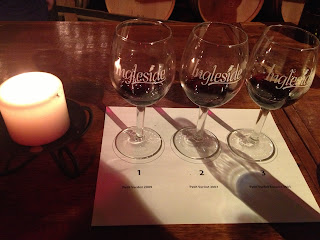 When I asked about a good wine for a new red wine drinker, Chris had me try their Blue Crab red, which he recommended for summer time cookouts. It was quite good, and I got a bottle for my dad to try. I also got to try sip of Colonial White, a white wine that is made from red grapes. Mmm… 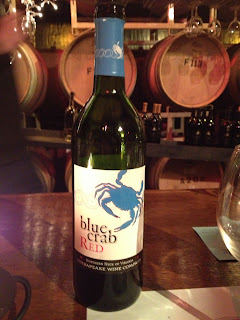 Dan and I really enjoyed our visit to Ingleside. The staff was friendly and eager to tell us all about the vineyard and winery history. We also had a blast mixing and mingling with our fellow wine bloggers and other wine enthusiasts. Before heading out, we picked up bottles the following bottles to take home: Pinot Grigio, Sangiovese, Merlot, Robert E. Lee Reserve, Colonial White, and Blue Crab red. Needless to say, there was a lot we liked here. LOL 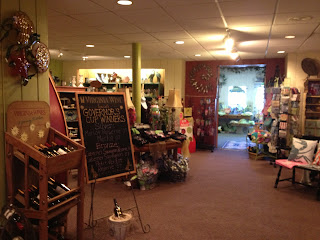 When planning a visit to Ingleside, check out their list of events, because they like to plan lots of fun things throughout the year. Also be sure to check out their museum of native American and early colonial artifacts. Most importantly, have a great time and let them know that you read about them on At the Lamppost! 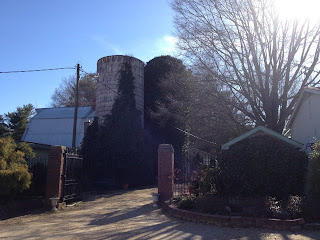 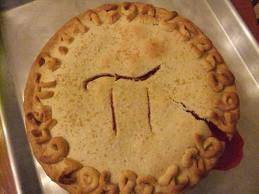 I only have a few moments because I have been in product training all week, but I wanted to wish everyone a wonderful Pi Day!

If you have no idea what Pi Day is, you can find some fun information here.

I will post up some new vineyard reviews soon! 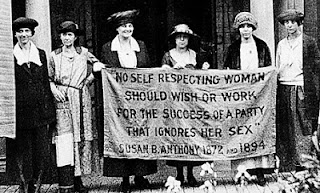 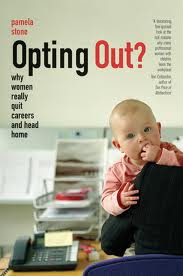 The Barns at Hamilton Station Vineyards 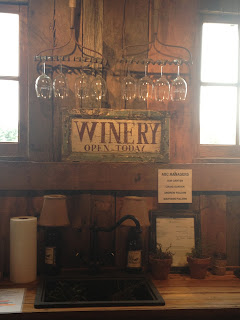 Newly opened this past summer, The Barns (located in Hamilton, Virginia) is an easy drive from either Route 7 or Route 9. Because they have just planted their grapes, The Barns obtains their wine grapes from the Northern Virginia and Charlottesville area vineyards. Their wines include two whites and four reds.
Dan and I knew this was our next stop on the Virginia wine trail because we had recommendations come in from multiple people. There was an event the day we stopped in, but we were able to find a parking spot very easily. 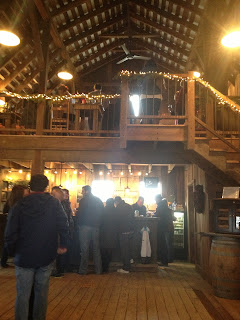 The tasting room is an old, refinished barn that the owners restored themselves. It is a beautiful three-story building with open rafters and lots of windows facing the back lawn. I think my favorite feature of the building was the random license plates nailed to the floor. During our tasting, the server told us that they used them to cover up any small holes or ugly knots in the wood. Very creative!

We had a great time chatting with our server during our tasting. She was very friendly and eager to tell us all about the winery and the different wines. Among our favorites were the Viognier, the Meritage, and the Merlot.

Before heading off on our next adventure, Dan and I were able to speak with the owners and get permission to hide a VA Wine Trail geocache. You can find the geocache page here, and we hope you enjoy your visit to this beautiful winery!