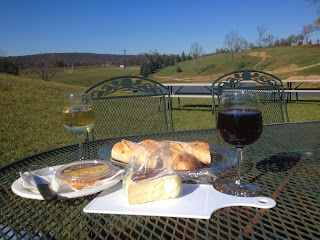 Dan and I could not think of a better way to spend our first weekend back from our honeymoon than to go out on the VA Wine trial. :) Since we had not seen our friends Chuck and Ana at Cardamon Family Vineyards in a while, we decided to visit them and their neighbor, Maggie Malick Wine Cave.

Visiting Chuck and Ana Cardamon is always a pleasure, and it was great to spend some time catching up with them. We heard how construction was progressing on their new tasting room, and their future plans for the vineyard (hint: it is going to be fun!). We also told them about the wedding and showed them a few of our pictures. Sadly, they just closed the vineyard for the winter, but this is really good news, as they will be finishing their new tasting room for the upcoming spring!

After stocking up on our favorite wines, we headed out to Maggie Malick Wine Caves, which is literally the next driveway down. LOL 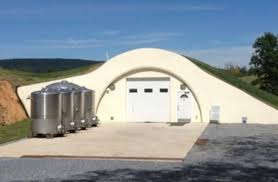 Maggie Malick Wine Caves uses the Virginia’s rolling hills to create a naturally cool environment for its wine. As we walked up to the entrance, I was instantly reminded of a cheerful hobbit hole.  The interior of the wine cave is cozy yet roomy, with stacks of wine barrels resting right beside the tasting bar. 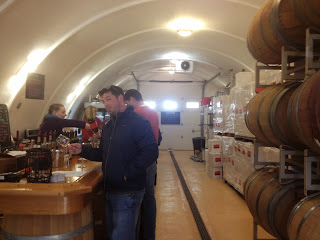 The tasting includes 11 different wines, ranging from whites to reds. Our server, Leah, walked us through each one. Dan and I enjoyed many of their wines, and some of our favorites were the Petit Verdot and Tannat.

After our tasting, we picked up a few snacks and stepped out back to enjoy a glass in the sunshine. There was both open and covered seating, and the grounds are very picturesque with a large pond and rolling hills all around. 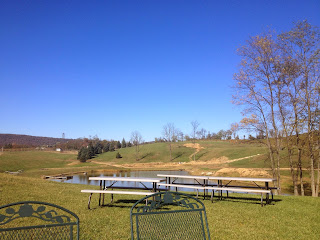 Being dog people, Dan and I were instantly charmed by the very cute and friendly wine dogs, Moxie and Abby. While chatting with the wine owner, Maggie, we learned that Moxie had just had a minor surgery, and she was having trouble keeping him calm. With the help of a leash and some tasty treats from Maggie, we were able to get him to lie down and rest with us until we left. 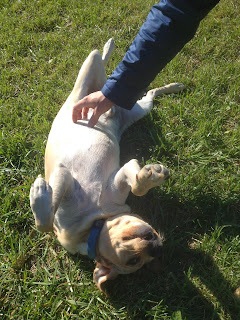 Moxie will hold still if you rub his belly 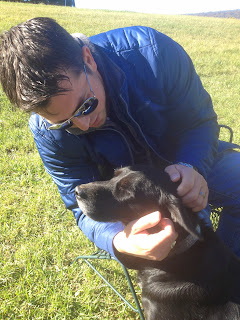 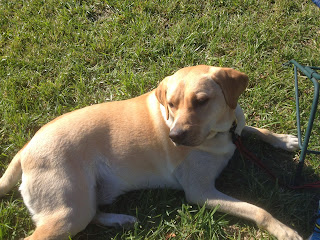 Winery dogs love the sunshine
We are glad that Virginia has another wonderful wine location, and I hope my readers get a chance to visit the wine cave soon! :) 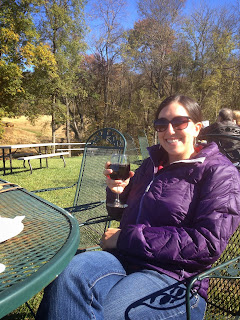 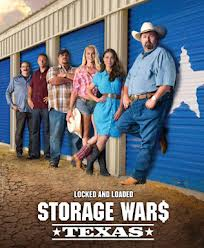 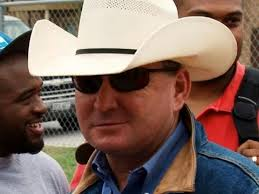 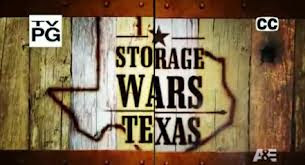 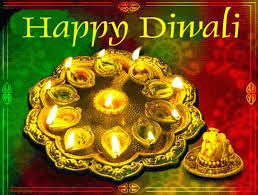 In the last few years, I have learned that there is great benefit in knowing a little bit about every culture, especially the holidays. It is hard to be an expert on all of them, but a basic understanding is helpful. It gives people more respect for other traditions and beliefs, as well as creating a better camaraderie between people.

Growing up, I hardly knew anything about other cultures. Sadly, the few things I did know were usually stereotypical or half-truths. Other cultures always fascinated me, but my teachers discouraged my classmates and me from learning about them. When we did learn about them, it was always from the perspective of “our way is the right way to live, and these other ways are the wrong way”. (fyi, for any newer readers, I went to a very strange, ultra-conservative private school.)

When I left that environment, I started researching other cultures and learning all the unique traditions that exist. Do I celebrate all of them every year? Goodness no! I wouldn’t have time for anything else if I did. Haha! But knowing about them gives me the chance to make an extra connection with people that I would not have gotten before.

This thought is especially strong in my mind today because I got to celebrate Diwali with some of my co-workers. For anyone who has never heard of Diwali, it is the festival of lights (particularly, the inner light), and it is also used to celebrate the end of harvest.

There are many ways to celebrate this holiday. Some of the most common include: lighting decorated clay (diyas) or paper lamps, cleaning one’s home, creating brightly-colored rangolis (geometrical sand drawings), gambling, and shooting of fireworks. In the office today, we ate some delicious Indian cuisine, watch a beautiful, traditional dance, and painted clay oil lamps. Here are a couple pictures of the lamp I painted: 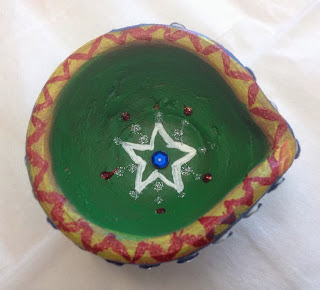 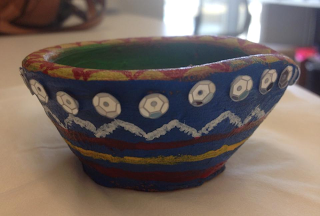 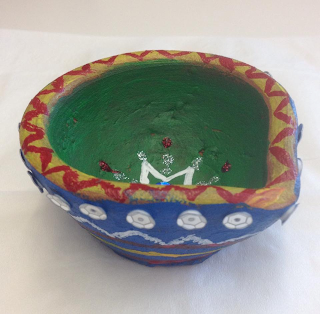 If I had continued to hold to some of the things I was taught as a child, I would not have had this chance to meet and talk with some of my co-workers. It was fun to see their excitement and enthusiasm, and they were eager to include me, even though I have different beliefs.

So to celebrate the importance of making yourself a better person and learning to respect and include others, I wish you all a Happy Diwali!