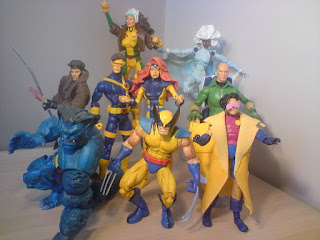 I do not know about you, but I have always been a huge fan of X-men. X-men was one of the reasons I woke up early on Saturday mornings while I was growing up. The plethora of colorful characters (including an adequate number of female characters) and exciting plots and adventures always had me mesmerized. In addition, who doesn’t wish they had developed a unique superpower when they turned 13?!

To anyone who has ever seen or read X-men, it is obvious that one of the biggest struggles for the X-men is to be accepted as humans. Knowing this, imagine my shock when my co-worker told me that the X-men had been classified as “mutants” and not “humans” by the US Government!

A podcast group called Radiolab produced a podcast discussing the discovery of an early 90’s court case in which Marvel (the creators of X-men, if you were unaware) sent two lawyers to convince the courts that the X-men were mutants and not humans. Why would they do that!?!

Tariffs are special taxes put on goods that come into or go out of the US. In the case of the X-men, high tariffs were being placed on action figures coming in from oversees factories. Marvel lawyers learned that if the action figures were considered “toys” (anything that was not a human being) instead of “dolls” (anything representing a human being) the tariffs would be half the cost. How ironic that the creators of the X-men would be the first to reject their right to be human.

You can check out the whole story and results at Radiolab’s web site: http://www.radiolab.org/blogs/radiolab-blog/2011/dec/22/mutant-rights/.
Now I am wondering what I should tell my future kids when they start watching their first X-men episodes. “Yeah, they might have been accepted as humans in their world, but the real world rejected them.” No, I do not think I could do that to them. I will wait until they are grown up.
Posted by Erin at 11:45 AM